I wonder if the sap is stirring yet,

If wintry birds are dreaming of a mate,

If frozen snowdrops feel as yet the sun

And crocus fires are kindling one by one:

I still am sore in doubt concerning Spring.

Yesterday, at the Mill, I watched a robin settle amongst the snowdrops which grow in profusion along the mill-lade and recalled this poem. Christina Rossetti knew a thing or two about the Bleak Midwinter, but yesterday the sun was shining with the promise of spring, and lots of walkers were out enjoying the peace and serenity of the mill landscape.

The snowdrop (Galanthus nivalis) is one of the most eagerly-awaited flowers, heralding the beginning of British Springtime, although ‘February’s flower’, is not native to this country. There appears to be no record of snowdrops growing wild in Britain before 1770, and the first garden reference is in Gerard’s Herbal of 1597. However, it’s colour and modest demeanour have earned it a special place in our hearts and in our folklore.

It is, of course, considered to be the first flower of spring, symbolising purity and the cleansing of the earth after winter. Having been propagated originally as a garden plant, escapees were quick to colonise woods and river banks, giving the impression of ‘wildness’.

If you find snowdrops growing wild, take a closer look at the landscape. The flowers frequently appear where once a dwelling stood, as the bulbs are generally scattered by birds scratching for food. It is thought that monks may have brought snowdrops to Britain from Italy in the 15th Century, as the flowers are frequently found in the gardens of old monasteries.

Because of their presence in monastery churchyards, snowdrops share with other white flowers a folklore that suggests bad luck will befall those who bring them into the house. There is a suggestion that to do so would be to steal the flowers from the dead. In his Flora Britannica (1996), Richard Mabey records that in some parts of the country single flowers were given as death-tokens, and indeed the laying of a single flower upon a grave has become a poignant trope in literature and cinema.

According to legend,snowdrops first appeared when Adam and Eve were driven out of the Garden of Eden. They found themselves in a land of permanent winter, and were consoled by an angel, who promised that, even in a bleak and barren landscape, spring would surely follow winter. As a token, he blew upon some falling snowflakes which, upon touching the ground, were transformed into snowdrops. In this way, hope was born. Ever since then, snowdrops have appeared during the bleakest winter weeks as a sign of the better times to come. 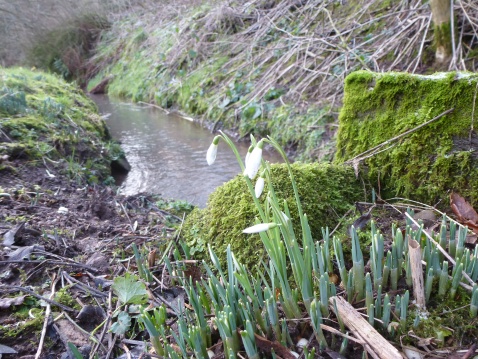 As  the lovely snowdrops at Barry Mill prepare to put on a show for the Scottish Snowdrop Festival, I thought I’d take a look at early February and the range of beliefs and customs that herald the first signs of Spring.

In rural Scotland, February 2nd was known as Candlemas, a Scottish ‘Quarter Day’ when agricultural and other rents were paid. Traditionally, all the candles in the house would be lit, and nativity scenes tidied away. Candlemas was actually the last feast of the Christmas cycle. Particular attention was paid to the weather around this time too. Here’s a handy guide:

Candlemas comes hot on the heels of Là Fhèill Brìghde, or the Feast of St Bridget (Feb 1st) which also marks that all-important mid-point between the winter solstice and the spring equinox. Originally this feast would have been recognised as Imbolc, one of the three fire festivals of the old Celtic calendar, the others being Beltane, Lughnasadh, and Samhain (Halloween). St Bridget, or the older goddess, Brigid or Bride, was the patron of many things, including farmers and poets but not, unfortunately, millers!

However, my research into the songs, ballads and folklore of the mill has lead me to an interesting and timely connection between Brigid and the task of grinding corn.

You may be familiar with the  ancient rhythmic waulking songs of the Western Isles, traditionally sung by the women preparing the newly-woven tweed. Click HERE for a snippet (from ‘Outlander’, just to add interest!). What is not so widely known (and indeed we are in severe danger of losing our milling past, hence this project) is that similar songs or blessings were sung over the hand-operated quernstones as the oatmeal was prepared. It’s unlikely that we will ever hear the music of them again, but thanks to Alexander Carmichael (1832-1912), a Scottish author, folklorist and antiquarian, some of the words survive.

Carmichael was born in Taylochan, Lismore, and brought up his own family in the Outer Hebrides where he was an exciseman. His work brought him into contact with a vanishing way of life on a daily basis, and he began to collect the  stories and folk poems of the islanders. His most important work is the Carmina Gadelica (‘The Hymns of the Gaels’) a fascinating compendium of prayers, invocations, blessings and charms. Not only does it afford us a glimpse of a hidden culture, but goes some way to documenting the transition between Christian and pre-Christian belief systems. As well as invoking Jesus, Mary and the saints, many of the charms reference other powers such as the older Celtic deity, Brigid or Bride.

The Quern Blessing, or Beannachadh Brathain, is described by Carmichael as a ‘labour song of the people’, and its measure would have been governed by the rhythmic motion of the body physically turning the millstone to grind the corn.

I find it curious that when milling became fully automated, and passed from being ‘women’s work’ into the hands of men, the songs have a very different purpose and tone, but I’ll come back to that in a future post. Today, here is a fragment of The Quern Blessing. It’s quite long and repetitive as you would expect with such a song, but you can see how it invokes a mother’s hopes for good times ahead. Happy February!

We shall have flesh

The cheek of hen 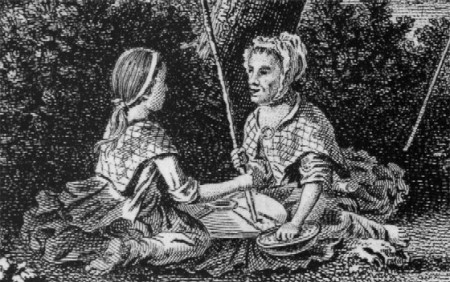 We shall have mead

We shall have spruce

We shall have wine

We shall have feast

We shall have harp

We shall have lute

The calm fair Bride will be with us

The gentle Mary mother will be with us

And the spirit of peace

And of grace will be with us. 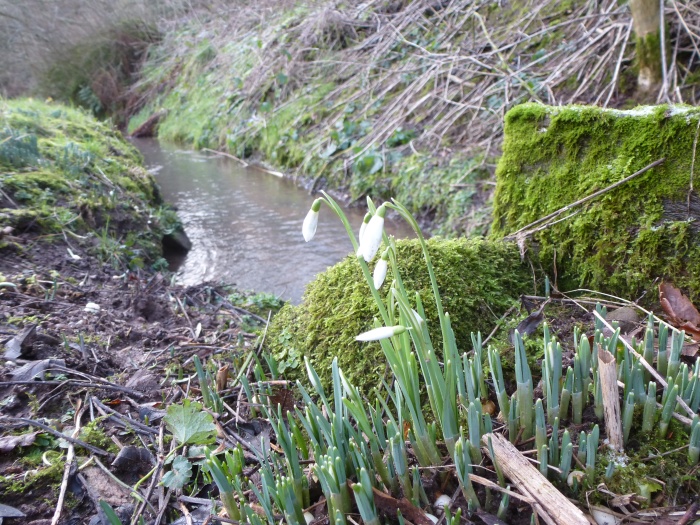