A chance find in the mill archive sent me on a mission to Craigmill Den this week. I was looking for inspiration for this year’s Weir-d Walk – and I promise to tell you more about it next time- but first, a wee digression.

This old cutting from The Courier (date unknown) shows  Panbride Mill, which sat at the head of Craigmill Den in times gone by. This photograph was taken before the start of WWI in 1914, and according to the article, the building had fallen into disuse at that point. 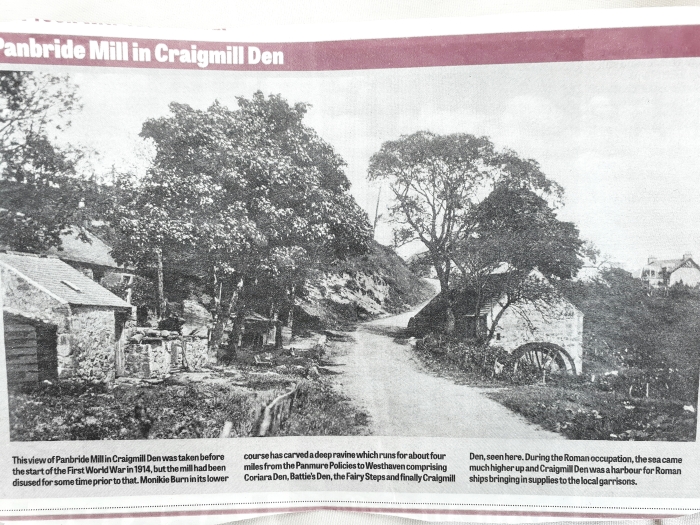 I headed up there recently to see if I could find this same view. As you can see from this shot, the cottage on the left survives, but the mill has not.

Like the burn at Barry, this stretch of water (originating in Monikie) served not only this mill, but the Panbride Bleachfields (now David Murray Transport) further downstream. Locally-produced linen was bleached here. The Weir, channels, sluices and lades which fed the pond in the grounds of Panbride House can still be found in Craigmill Den. What I find fascinating is that the sea originally came up much higher, and the mouth of the Craigmill Burn was wider, and used as a harbour for Roman ships bringing supplies to local garrisons. The remains of a Roman camp have been found in the fields to the east of the burn.

The small mill in the photograph would have been a corn mill, like Barry. There must have been a dam, perhaps on the high ground at the back of the cottage, with enough of a fall to power the wheel. There’s a deep dip in the ground where the wheel channel must have been situated, but no trace remains of the tail race, where the water would have rejoined the burn. I suspect improvements to the footpath have altered the location considerably.

I was determined not to leave without finding some evidence of the old place, and I did indeed discover a pile of moss-covered stones between the trees. 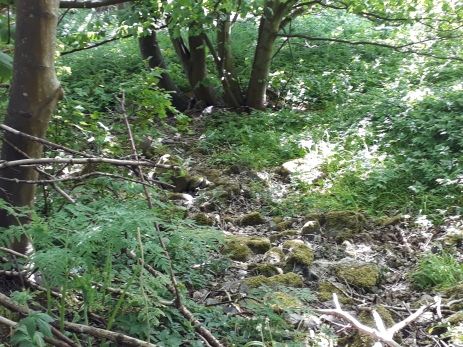 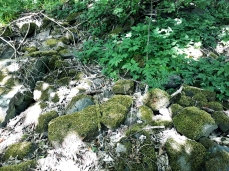 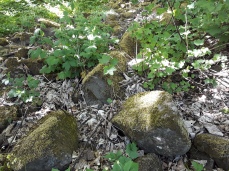 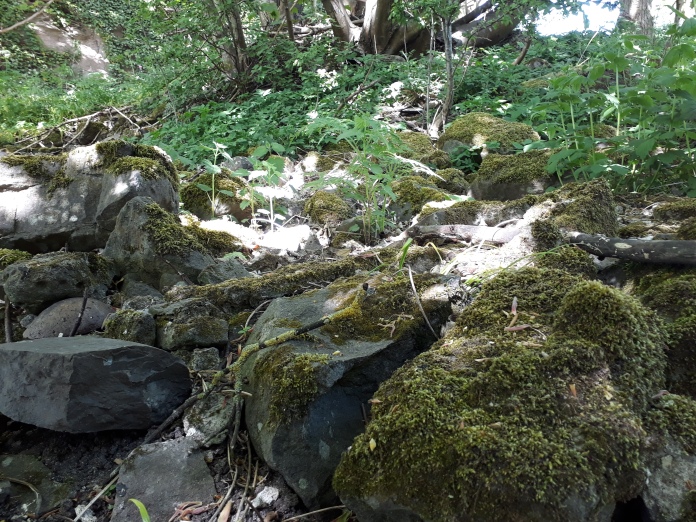 It’s so sad when our heritage, however humble, however redundant, ends up as a pile of rubble. If only stones could talk! Are the old millstones buried here somewhere? I suppose we’ll never know, but I can’t help thinking we have lost something precious. Certainly, anyone who has heard the rumble of the machinery at Barry Mill, and the splash of the waterwheel, will agree with me.

All the more reason for me to keep writing about it! I’ve uncovered a lot of fascinating folklore and facts over the last year, and I’m keen to include them all in a new non-fiction book. If anyone has anything they’d like to share, whether it’s family history or interesting stories connected with the local landscape, I’d love to hear from you!