It’s January already, which means that the end of my creative residency at Barry Mill is almost in sight. A good time, then, to reflect on how it’s gone so far, and what’s still left to do.

I was determined to finish my second novel The Bone Harp by the end of 2016, and I just made it! It’s taken about a year to shape this first draft, and I’ve been very lucky to be able to devote so much time to it. Without the generous support of Creative Scotland, I certainly wouldn’t have been able to immerse myself  quite so deeply in the project. I’ve spent an amazing few months just being around the mill in all its moods; and observing how visitors react to and interact with the building and its environs. My reflections have been recorded in these posts (it will be interesting for me to re-read them!), so I’ll turn my attention to the main purpose of the residency, which was to write my second novel. This week, I thought I would take a look at the inspiration behind the inspiration- the story of the Two Sisters.

‘Two Sisters’, or ‘Twa Sisters’ in the Scottish version, is a murder ballad, which was in itself inspired by an old folk tale, the origins of which are unclear. Versions can be found in many folk traditions, especially those of Scandinavia and Eastern Europe.I first encountered the ballad while browsing through my own collection of dusty old books. Sir Walter Scott collected a version of it in his 1868 Border Minstrelsy.

The premise is dark; a callous pre-meditated act motivated by jealousy and spite. Two sisters go down to a pond, lake or the sea, and the older one pushes the younger one in. There are many variations on this theme, but generally there is a man involved, and the older sister feels rejected or betrayed. One sister is described as dark, the other fair, making the obvious distinction between good or evil. In the Norse variants, the older sister is compared to soot, and the  other to the sun or to milk.

In most versions the younger girl drowns, but guilt has consequences. When the murdered girl’s body floats ashore, someone makes a musical instrument out of her bones and hair, generally a harp or a fiddle. This is then taken to the sisters’ parents by a third party, quite often a miller, in those versions where the mill pond features in the drama. The harp plays unaided and ‘sings’ of the older daughter’s guilt.

A Scots Gaelic version, ‘A’ Bhean Eudach‘ or ‘The Jealous Woman’  has the older sister murdering her sibling while she is sleeping by knotting her hair into the seaweed when the rocks are exposed at low tide.

Many contemporary folk musicians have been inspired to record versions of the tale.Canadian singer and harpist Loreena McKennitt’s song ‘The Bonny Swans‘ is a pastiche of several traditional variants of the ballad. In this version, the miller’s daughter mistakes her sister’s corpse for that of a swan. The Irish group Clannad has a version titled ‘Two Sisters‘  on their album Dúlamán. Just click on the song titles to have a listen. Bob Dylan performed “Two Sisters” in the late 1950s and early 1960s, and even recorded an impromptu version in a friend’s apartment. The much-recorded folk song ‘The Wind and the Rain’ is a further variant on the theme.

In The Bone Harp, I’ve used the narrative as a  backdrop to a modern psychological thriller, a story of two present-day siblings. I think the tale resonates with us because it’s dark and twisted and still very relevant. How many of today’s crimes are motivated by jealousy and resentment? Our base nature never changes. We just keep thinking up new ways of repackaging that truth!

In the coming months, I will be looking into further ballads, poems and stories associated with mills and milling, so ‘follow’ this blog for updates! 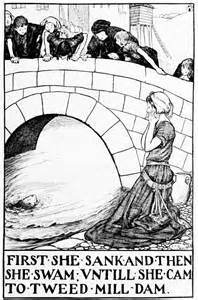 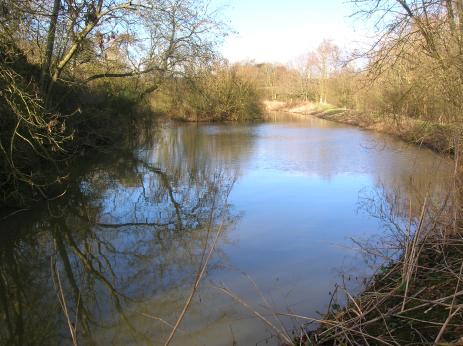